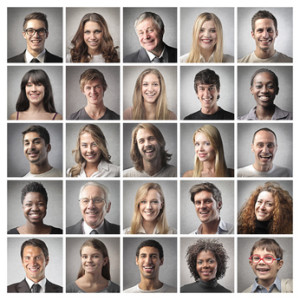 Major donors for nonprofits come in many different shapes and sizes (read: interests and dollar amounts).  But one thing they all have in common, is that they are all asked for money on a regular basis.  And yet, solicitors “feel bad” about asking them for a donation.

How often are you asked for money?
If your mailbox looks anything like mine does, almost every day brings a letter inviting me to give to a nonprofit.  I don’t have any problem taking out the return address labels and recycling the letters. We, as a family, can only give to a certain number of organizations and we prioritize our giving.  I know that they are relying on a certain percentage of responses to deem the campaign worthwhile and that direct mail fundraising is a numbers game.

How often are major donors asked for money?
Major gifts are more similar to direct mail than one might think, at first glance.  The best planned capital campaigns estimate three asks for every gift.  It can seem intimidating to consider that two out of three $1,000,000 asks will say no, but that is, unfortunately, the typical case.  Of course, there are many exceptions depending on the nonprofit, the depth of the connections felt throughout the community and the stewardship prior to the campaign, but the average pyramid is based on the reality of those nonprofits who have gone through this process before you.

Now consider that those three philanthropic donors whom you will ask to consider a $1,000,000 will be asked for that same amount by multiple organizations this year.  And each nonprofit will have a reasonable connection to the donors.  Assuming that they cannot give that sum to every organization that asks, they will have to determine how much they want to give in any given year and prioritize their giving.  Sound familiar?  Trust me when I say, you are not the first person to ask that donor for money.

The scale may be different.  The ask mechanism may different.  But they know they can say yes or no as easily as I can.  And they have had more practice saying no to a person than most of us.

How do you improve your odds?  Know your facts, always steward your donors – don’t just wait for a campaign, create a team of solicitors, make sure the donor is ready to be asked, leave your fears at home and ask with confidence.   Success is just a few meetings away.