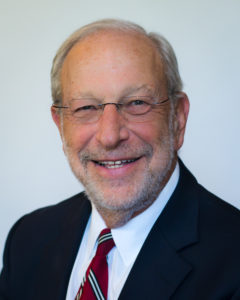 Showing how much you value the person is vital at every stage of a relationship—initial engagement, involvement, solicitation as well as stewardship.  Here’s a story that shows what a difference that can make with a nonprofit donor.

Martin, a leadership gift prospect who was the retired CEO of a Fortune 50 company, and his wife, Toni, had been tapped to chair the capital campaign for one of our clients.  They began their initial engagement—beyond modest annual gifts—by convening a small group of friends to be the leadership of the development committee.  The work began with nine months spent organizing and planning. No one, not the executive director nor anyone else mentioned anything at all about Martin and Toni’s gift—or anyone else’s for that matter.

I met with the small group many times during this initial phase.  We helped create the vision for the capital project to relocate and build a vastly larger facility that would more than triple their capacity to serve a group of inner city kids in the community.  We detailed the prospect research we had conducted and the feasibility and capacity analysis which we were undertaking.  And, still no mention of anyone’s gift.

I interviewed Martin … curious to find out what might be at the heart of his deep connection with the agency’s mission and work, and what his highest hopes were, not for the organization, but for the world, in general.

Such questions are rare in the nonprofit sphere which tends to be more focused on the programs and “needs” of an organization than on the experiences, hopes, and dreams of the individual members, supporters and leaders.  Martin told me that

Many organizations ask me, indeed, they’ve asked me many times — but always for money. None has ever asked what’s important to me.

Martin and Toni worked diligently through the fall to enlarge the group to create a 24-person team.  The day of the orientation of the Capital Campaign Committee came.  Martin welcomed everyone and announced that a family foundation in town had pledged a $2 million gift.  Then, a leading member of the board of that foundation, himself a member of the Capital Campaign Cabinet, announced, surprising everyone in the room, that he would personally add an additional $500,000 to the project.  That was a great beginning.

The meeting—only an hour—brought everyone up to speed about the project and outlined the timeline for the campaign.  We spoke about our concept of Campaigns of One™.  We concluded by making assignments of every member of the Board and Advisory Council, announcing the schedule of bi-weekly meetings to maintain a cadence of accountability among all these wonderful leaders and setting a deadline for the first round of solicitations.

Immediately following the meeting, as pre-arranged, the executive director and I sat down with Martin and Toni to discuss their gift.  We were prepared, based upon our research to ask them for $500,000.  But before we could even get started, Martin said that Toni and he had talked about their gift and then he asked Toni to share their decision with us.  I feared a pre-emptive strike that would end up yielding a much smaller gift than that for which we hoped.  You can imagine our amazement when Toni told us that they would make a pledge for $2 million.

I wish I could take credit for this outstanding gift…but, the real credit is due to Toni and Martin.  What I do think made a difference was that we had helped the organization and its leadership commit to valuing the donor — genuine devotion to facilitating the donor’s hopes and dreams —a different way of thinking.

Maybe if we all do just that, we will end up in a constant state of amazement—not a bad place to be—and the beneficiaries of great philanthropic investments that help each donor realize their hopes and aspirations for a better world.