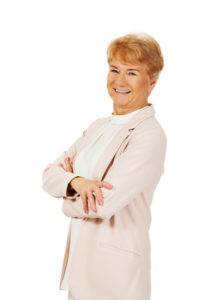 I recently participated in the solicitation of a rather peripherally involved 82-year-old donor of one of our clients.  We were going to ask for $100,000, when, before we could even begin, the donor said that he had already provided a $100,000 planned gift for the congregation in his estate plan.

My partner, a truly fearless, great volunteer, and I were delighted with this bit of news. Of course, we encouraged the donor to consider a current gift as well, but the experience reminded me that there are probably many others who have included this  seven hundred family suburban congregation in their estate planning.  I began to wonder, “How could we uncover more of these hidden gifts?”

They are not unique in this way.  There is good reason to believe that your organization may also have planned gifts that you do not know about.

Because, during the first half of the twenty-first century, we are experiencing the greatest transfer of wealth in our nation’s history.  Early estimates indicated that the transfer would be $41 trillion with as much as $12 trillion going to charity.  Today those numbers may be $136 trillion transfer with $25 trillion for charity.

A planned gift is not automatic

Dr. Russell James, a leading scholar of philanthropy and planned giving and chair of graduate studies in charitable planning at Texas Tech University, has said that if you think that the “generational transfer will automatically flood your organization with resources, it’s time to think again.  Without putting in the hard work of generating planned gifts, 90% of donor mortality will simply result in lost current giving.”

By uncovering hidden gifts that have already been thoughtfully planned for your organization and then stewarding those relationships, you begin the process of identifying prospects for current cultivation and allow the organization the opportunity to recognize future major gift intentions through an acknowledgements program.

In addition, you will learn why people care about your mission, vision, and values, what is their level of passion, do they have children, where you rank among their philanthropic priorities, do they want to give now, and how they would prefer to engage with you.  And, then with all this valuable data, you will be able to design a highly-individualized program that will lead to increased donor retention and new gifts of substantial value.

If you are interested in finding the hidden planned gifts to your organization that already exist as well as the prospects for ever increasing levels of major gifts, send me an email.