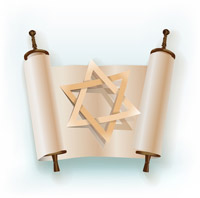 My twin daughters are 10 months away from becoming b’not (the plural of bat) mitzvah, which means, among other things, they are planning for their mitzvah project. For those of you unfamiliar with the practice I will quote our congregation’s guidebook, “our children are asked to dedicate 18 hours to making a difference in the lives of others.”

I’ve seen these projects range from collecting sports gear for developing nations to weekly tutoring sessions, Shabbat dinners at an senior citizen residential facility to baking, packaging and selling dog biscuits to raise more than $1,000 for an animal shelter. All with the intention of exhibiting the behavior that adult Jews (and non-Jews) should exhibit throughout their lives.

Anyone who has witnessed this practice knows that some projects are truly meaningful, but many are thrown together or mostly performed by the parents (self-admittedly). As someone who works with nonprofits, how could we make sure their project is something that reflects their interests and that it will be meaningful to the organization.

But then it occurred to me that I was putting too much weight on this project.

If the point of this community service is to ensure that children have a lifelong love of philanthropy – including volunteering and donating money – than, this is neither the starting mark or the final destination. This is simply one step on the path and this one does not have to be the biggest, the best or the most impactful. This one has to be influenced by where they each are right now. And since most 12-year-olds girls are not thinking like a 44-year-old mother, their projects might not seem impactful to me. But so what? They are on the path.

My daughters, among other volunteer opportunities, have baked cupcakes for Birthday Wishes—a program that provided birthday parties for children who live—often with their mother—in a homeless shelter, pulled weeds on a community farm, visited the local senior home and brought holiday cheer to the elderly, and volunteered at their pre-school on days off. What do all of these things have in common? Adults guided them and made it easy and accessible. If they are taking the lead on their Mitzvah project – that is a huge change in the process that shifts the path in a different direction—one of increasing responsibility and self-reliance. And, it keeps them on the lifelong path of being concerned, contributing citizens of the community.

I am encouraging them to be creative, trying to let them explore their interests and see what comes out of it. Maybe it will be life changing. And maybe it won’t be. But, if we are raising our children to be good citizens – no matter their religion – at some point, we have to let them take the lead. And if I need to step in to help them fulfill their vision – I will hope that the next time they will need a little less help so that by the time they are living on their own – they know what they like about volunteering and donating. And how to follow their own path to philanthropic endeavor.