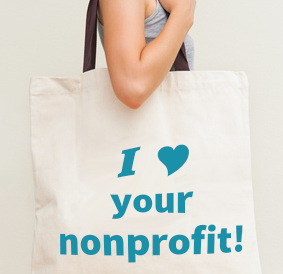 “That’s too much to ask for from our donors.”

“We aren’t the type of organization that raises a lot from our members.”

“Our community is unique. We can’t ask people like other nonprofits can in other places.”

“The people around here only give small amounts to organizations like ours.”

Now, here are some facts:

How do you change transform your nonprofit’s case for giving into a case for asking?

This is where the reusable bags come in.  Remember when people thought it was way too much hassle to carry around reusable bags? We would have to invest $10+ for each bag that turned itself into a small ball.  It just felt like a lot of work.  And, as often as not, we got to the checkout and realized they were left by the back door.

Now? Watch the registers at a local Trader Joes you will see every shape and size of reusable bags. If someone needs paper bags, it often comes with an apology for leaving their bags at home. The culture has shifted.

It took time, but change happened.  The same can happen at your organization.

Create a case for giving.  Every staff member and volunteer leaders should be able to articulate why you are a place that deserves funding. And, that includes what the money will be used for and how each gift will make an impact.  Use the case as an excuse to engage donors and prospects and get their feedback. And take their feedback to heart.

The goal is to transform the case for giving into a case for asking.  And asking for more is the only way you will raise more money.

Let us know if we can help you transform your nonprofit’s culture into one of asking and giving by emailing me today.