Among the challenges that many nonprofits increasingly face are budget deficits and a rising amount of debt. This is especially true for membership institutions. To strengthen their financial position, many of these institutions mount campaigns as a way of mitigating their debt load.

There are usually two reasons why institutions undertake campaigns to reduce debt: a deficit budget that is hard to balance; and/or debt service (usually in the form of a mortgage).

In both cases, debt often overwhelms the operating budget and the ability to maintain vital programs and services. Not to mention the need to develop new programs as organizations evolve. If you are considering a fundraising campaign to reduce debt, here are some things to consider:

Cons (Common negative reactions to a campaign to reduce debt)

Pros (Common positive reactions to a campaign to reduce debt)

If you choose to initiate a campaign to reduce or eliminate debt, we recommend that you do so alongside an endowment or capital campaign—in order to prevent future debt from accumulating. This will also demonstrate to loyalists and newcomers alike that you are fiscally responsible with plans in place for a secure and successful future.

We can help you navigate a campaign, plan for future building and security while, at the same, time reducing your debt. If you would like to speak to someone about how we can help your organization call us at 800.361.8689. 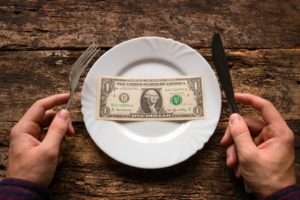 It’s the season once again for galas and donor dinners. And, if staff members, volunteer leaders as well as supporters, were honest with themselves, they would admit how few look forward to these events. They consume staff time, volunteer hours and generally cost a great deal of money. Yet, they continue because they are a piece of the budget that no one wants to lose.

Here are some ways to maximize your income and exposure during galas and donor dinners:

If you choose to discontinue your fundraising event, make sure that you replace the income as well as the social, community-building element. Some donors use the event as the opportunity to make their annual gift. And, while the event  may not be profitable, those individual donors who love it may be only giving because of it.