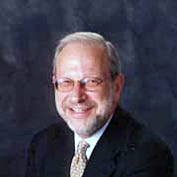 Donors to capital campaigns are major investors in your organization. They deserve—as, in fact, do all donors—a high degree of accountability. They want to know, and you need to tell them, exactly how their funds are being used. Transparency is the key as well as effective financial management of those very resources which they have provided.

But, even before a donor has made a gift, they merit a clear understanding of the how their gift will be employed. A case for support translated into a campaign brochure and other collateral materials should contain as detailed a financial plan both as to the true costs as well as how the funds will be raised. If donors ask, they should be shown the budget for the project or program—one which allocates fully all of the direct and indirect costs associated with the realization of the dream you are asking them to fund.

Too often, nonprofits fail to attribute the true costs to the program for which they are seeking funds. If you are creating a program of teen engagement for which you are seeking an endowment, then do not forget to include the indirect cost of the share of the building—it’s operations and upkeep—as well as the staff who will supervise the youth advisors who deliver the program directly. Failure to include those costs will result in your not receiving the level of support that will enable the program to be sustained and the organization to be fully funded.

In a capital project, when you are renovating an existing facility or building a new structure, there are indirect expenses as well. Contingencies, short-term credit facilities as well as project management have real costs. Not to include these will mean that you will fall short of the goal to raise funds sufficient to deliver the building on time and on budget.

As the funds are being raised, then regular reporting to achieve the project is important. For capital projects, quarterly reports to donors about how the fundraising is going as well as how and when funds are being spent is appropriate. If the organization is investing its own funds until all pledges are fulfilled, then that too should be reported. It encourages donors when they learn about the organization’s commitment.

If it is an endowed program, then how funds will be invested may, in fact, be part of the solicitation process. After the funds have been received, what is the total return and how much is the organization availing itself of the funds for the purposes of delivering the services that were promised. Initially, a quarterly report may be desirable. Subsequently, an annual report may suffice. Again, if the organization begins to operate the program with its own funds until all pledges have been redeemed, this, too, should be reported.

Transparency and detailed financial management on both sides of—before and after—the solicitation are one of the highest forms of prospect cultivation and donor stewardship. This is true not only for capital and endowment campaigns, but is best practice for donor relations at all times.

NEXT MONTH: Marketing and Communications