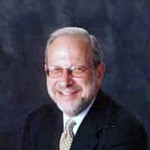 I had a call last week from the relatively new CEO of a nonprofit advocacy agency whom we placed in the position about 8 months ago. She called to discuss a problem she had encountered.

She was having dinner with annual fund donors who had been described as classic “under-givers.” As she had discovered in the files, her predecessor had lavished time on these donors. In fact, there was a proposal for a $250,000 named fund for an after-school, teen engagement project which went nowhere.

She told me that she was not five minutes into the dinner when she realized that her predecessor had completely misread the donors’ interest in the agency and the program that had been proposed. Further, to her horror she learned that the donors not only had no interest in teen engagement, but also were chagrined and dismayed by the proposal. The donors had told the former CEO that their business requires all their cash and prevents a major gift now. Further, they said, “By the way, what happened to the $25,000 we gave last year? We thought we would receive more than the generic thank you letter from the office. Maybe a special invite to an event or at least a call from someone but we didn’t hear anything.”

I reminded her of the six step “Development Cycle” – the foundation of a successful capital campaign.

As it relates to the donors with whom she had dinner the need was to focus upon the last step—stewardship—which is the post-gift equivalent of cultivation prior to the solicitation.

Good stewardship is the guarantor of donor retention. Even in capital campaigns, it is vital to plan for the next major gift and thus focus upon stewardship that leads to retention and renewal.

Retention is increasingly important as it takes 4.5 times the effort and dollars to acquire a new donor as it does to keep one. You can retain donors with effective stewardship, systematic procedures, and a failsafe annual fund program. The result is that create lifelong donors.

While identifying prospects and securing donors are obviously the first steps, then acknowledging gifts promptly and effectively, showing appreciation regularly and sincerely as well as giving priority continually working to win the donor’s heart and mind to your cause.

This will enable you to create a culture of giving at your organization. And you accomplish that by developing a systematic plan for acknowledgment and stewardship. Without a plan in place, stewardship is close to impossible. As is an increased gift from your donor base.