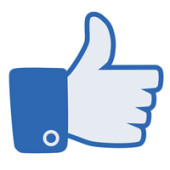 In the fifth installment of 100 Donors in 90 Days, John Haydon discusses how social media can help you find new donors. Social media may be complicated for those just considering whether to initiate a program. For those of us who have been working in this realm for a while, it is an ever-changing tactic that we are all trying to employ. Why should we keep at it? Because if there is a chance we can bring in new donors through social media – we are virtually obligated to give it our best effort. And people like John have proven it’s possible. But, employing social media has to be evaluated within the context of our overall development strategy, particularly when we are asking anyone in our organizations to focus their limited time and resources on a new area of responsibility.

According to John, Facebook is a great place to meet potential donors. He makes some helpful suggestions to increase your presence if you are just starting out. But, let’s focus on some of the ways to use Facebook that will help you find new donors.

Facebook is a hard place to ask for money. Sure, there can be a “donate now” link – people even expect that. But, you have no way to control whether the message goes to people who showed up today for the first time or have “liked” you for the past year. MJA readers know that cultivation takes time and asking too soon can leave a bad taste with a potential donor. Instead, think about what path you would like them to follow once they are on your Facebook page that would enable them to become bigger fans of your organization. If you are not sure that your strategy will work – ask them. Facebook is interactive in a way that few traditional media have been in the past.

In other words, use Facebook as an element of the cultivation and stewardship process. Consider ways to engage people to come back often. Encourage visitors to give you their email address in exchange for some perk. They know you will email them a solicitation at some point, but then you can control at what point in the relationship they receive your messages.

And, gently guide them to your website. The statistics about giving on Facebook vs. giving on a website are drastically different. John refers to a Blackbaud report that demonstrates the value of moving prospects towards your site.

I think he put it well when he said, “the best use of Facebook is going to be about nurturing relationships. If you ask too much you’re going to probably offend a lot of people that are on the periphery. They are just getting to know your organization. If they just happen to come onboard in the middle of your fundraising campaign. You don’t want to turn them off by pounding them over the head.”

Facebook has one other strength that is worth noting. It is a great place to highlight outcomes, offer appreciation to donors and show what you were able to do with the money raised.

With a bit of set up, showing off your best side will become easier and easier.