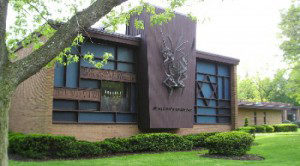 A Case Study: Why a Double Ask Works

At Congregation B’nai Israel, in Millburn, New Jersey, the blueprints for the renovation to materially improve and expand their historic building seemed to fulfill the congregation’s every need and want. Everyone agreed that the restoration was an essential part of answering the demands of the current membership as well as the future, anticipated congregation.

But there were concerns. Valid concerns.

Was it possible to raise $6.5 million for a capital campaign without ‘robbing’ support from the High Holiday appeal? After all, the High Holiday appeal provided essential annual operating funds. Could their congregation really raise that much money? Could they establish the necessary confidence in both the plan and the leadership?

The solutions were found with the help of Mersky, Jaffe & Associates.

Initially, the firm was chosen because of their in-depth knowledge of strategic planning and development expertise. But everyone agreed that hiring a professional consultant brought a level of certainty and credibility to the project that the leadership felt was necessary for success.

Michael Jaffe and David Mersky listened to the leadership and their concerns. And determined that the best plan of action was for the “ask” to include a multi-year commitment to the High Holiday campaign at the same time they were asking for a substantial contribution to the capital campaign. The annual fund pledge that would be sought would be at the same level (or, better, an incremental increase) as previous year donations, but pledged this year for the next five—the period during which capital campaign pledges would be fulfilled.

The Success Rate
When the campaign leadership presented the case for this unique “double” ask, almost every individual or couple agreed to give to both the capital campaign and the High Holiday appeal. And they gave with a sense of confidence. Because of their trust in the leadership, they knew that they were providing meaningful support for all of their congregation’s needs.

In fact, the annual fund is much healthier than ever before. In the first year of the capital campaign, while soliciting the advance phase that focused on leadership gifts, the congregation expects to realize commitments for more than 70% of their annual goal. And, they had confidence that that number would be a solid base for the next four years—a foundation upon which they could build. The leadership was able to convey to each successive donor whom they solicited an assurance that the congregation will be able to have the annual operating support for the new and improved facilities.

They are reaching out face-to-face to build momentum and excitement in the community. Feelings that they hope to retain long after the renovation and expansion of their building has been completed.

Read the The Difference Between Annual and Capital Campaign Gifts: A Guide for Prospects and Donors