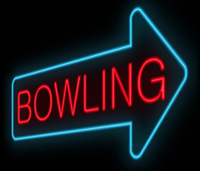 Back-to-school night this year was an enlightening experience. My twin daughters moved into “middle school” and all that accompanies the pre-teen ritual. It is exciting and daunting, but, as it turns out, school has changed dramatically from my childhood. Their school (for the record it is a public school) is very focused on developing the child along with their academics. And it started right away when the principal asked us whether we would consider ourselves a dice roller or a bowler.

They might as well have asked me to interpret quantum physics – I was just as confused.

The Definitions
A dice roller throws the dice, sees the results and deals with the consequences of the results.

A bowler throws the ball, considers how to course correct and throws again to have the best total outcome.

The school is encouraging the students to become bowlers and I strongly applaud their effort.

However, in the “real world,“ or at least in the nonprofit world, I’m not sure that is the correct theory.

Okay, some of the time it is. But, the reality of most nonprofits – big and small — is that there is more to do than staff could ever handle. The economic uncertainty of recent years only makes the situation more extreme. No one in the business world could afford to consider how to improve each and every situation. But, to ignore a second or even third chance to respond to a situation seems just as irresponsible.

Instead, consider bowling and dice rolling as options in any situation and make a conscious decision.

An Example
A good example would be a series of new board member meetings with you, an executive director. Obviously, a strike would be that all the board members are happy, enthusiastic about the nonprofit and want to get more involved. But, what if one meeting didn’t go as well as you first thought. What if, you said something that angered “Joe” but he didn’t show his frustration during the meeting, he simply called the chair of the board the next day to express his disappointment with the organization.

A dice roller would say – I wish I had known “Joe” was feeling like that, I would have been able to alleviate his concerns. It seems like the board chair made him feel better and the reality is, not every board member is going to love me so let me turn to the thousands of other things on my to do list. Seems resolved, doesn’t it?.

Then consider what would happen if you bowled again (read: attempted to fix the relationship). You could potentially reset the communication between yourself and “Joe,” avoid future awkwardness and establish new goodwill for the nonprofit—a win worth the effort.

Now, if only the decisions in middle school were that easy.