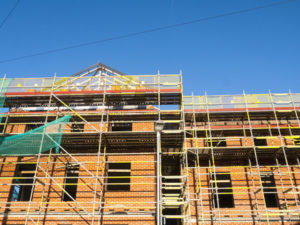 Last summer, I helped conduct a feasibility study for a nonprofit.  The study was geared toward understanding whether this community was willing to invest in a new building, programmatic improvements and a much needed endowment fund.  We presented the results and the answers were mixed.  The findings indicated that there was a general lack of confidence  in the leadership could achieve, a question as to whether or not the money was there and an interest in doing what it takes to increase membership—something that wasn’t being tested at the time, but was obviously top of mind.

Now, fast-forward a year.  A few people have worked extremely hard to come up with a project concept plan the community could and, in all likelihood, will invest in.  Moving forward in an aggressive and timely manner will show the community that there are leaders who are serious about the endeavor to assure  its success.

I was impressed – even I wasn’t sure they were going to gain the necessary momentum.  But listening to the results of the board’s recent retreat convinced me they would use the upcoming year to move towards the communities’ goals.   The board decided to focus on only two priorities for the coming year – the campaign (now dramatically different—stronger in focus and vision) and membership.

Listening Skills
The board had listened to the results of the feasibility study and took them to heart.  They heard what the community wanted and needed in a physical space and changed the plans, as a result. Just as important, they committed to work to increase membership and bring in the people to fill the space.

The months prior to the feasibility study were spent engaging committees on the different tenets—the core values—of the congregation and how each operating program could grow.  And while that work is being put to use in other areas, the board shifted its focus to the capital campaign and an aggressive membership retention and acquisition program.  The board heard what the members had said and acted—something that is rarely the case.

All too often the board starts heading in one direction and doesn’t know how to alter their course.  In a nonprofit looking to grow and improve there can often be many areas that need attention – so how should you decide what gets priority?  How do you choose between a pet project of a board member and a problem area that a major donor continually mentions?  We all know it is not easy.  That is why I was so impressed.

It should also be noted that reducing the board’s area of focus (generally at four to five areas for this organization) to two in the time of a capital campaign will serve them well.  And show that they understand they will be central to raising money for the campaign and keeping the momentum on track.

There are no guarantees that a capital campaign will succeed, but this organization found the way to improve its chances.