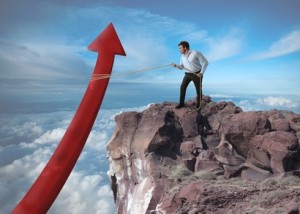 The same marketing conference that brought me Rand Fishkin (read Biases In Nonprofit Development and Fundraising if you don’t know what I am talking about) also had Gary Vaynerchuk as a keynote speaker. Gary V., as he is known (he can be found @garyvee or http://garyvaynerchuk.com/), is an inspirational speaker who drops the f-bomb in almost every sentence. Why do you need to hear what he has to say? Because his ideas could be the difference between the lack of success of your nonprofit and the success of the one down the block. The topic was, “Care Immensely or Die: This is a Bigger Culture Shift than you Realize.” People who work in nonprofits know that they chose this field because they inherently care about the cause but so what? The real question is whether or not you are putting the extra effort into your nonprofit work.

And I don’t mean whether or not you are willing to work eighty hours a week.

His theory (as I interpreted it) was simple and I will translate it into nonprofit speak. If you are not putting the effort into your nonprofit that you know is necessary – there is someone else who is going to get that donor, that new board member, that new executive director, that new corporate sponsorship, or that new building. (You can insert your own f-bombs wherever you deem appropriate).

Prior to the economic shift in 2008, Mersky, Jaffe & Associates would be contacted by some prospective clients who, it seemed, thought that the fact that there was money to be donated and that they were a nonprofit was enough to translate into the idea that people would give them money. From 2008 until some time in 2011, many organizations were afraid even to ask people for money – at least for anything large. “So and so took a hit,” “this person was involved with Madoff,” or “that person’s job might be part of lay-offs” were all common thinking. Then, things slowly began to change. People have accepted our current economic situation and feel like they are willing to start asking again – and that people are willing to give. That is where the effort comes in.

Stewardship
We advocate stewardship and hopefully, you have been spending the past few years cultivating your relationships but if you haven’t been putting in the effort – you better start now. There are ten, twenty, a hundred other organizations with the same set of names on their prospective board and donor lists. And you have to show each and every person why they should choose you out of the lists of possibilities.

Annual Campaign
You probably want to increase your annual campaign. Who doesn’t? But there is no magic bullet that will raise your income by twenty percent next year. However, there are plans and procedures that you can work through to achieve your goals. In other words, if you want it badly enough – you will make it happen. If not, someone else will want it badly enough to make it happen for their nonprofit.

Capital Campaign
Whether you decide you will work with counsel like Mersky, Jaffe & Associates on your capital campaign or you are working to raise money on your own – the difference between success and failure is in the effort of the organization. MJA is the guide through a complicated process but each step needs to be completed on a timely basis by someone representing your school, congregation, museum, etc.

Every time there is an encounter with a board member, proof of the reliability (or lack thereof) of the staff, a sign of the cohesiveness of a vision, a concise but detailed presentation of the case, a consistent follow-through, and an obvious sign of the effort involved in each and every solicitation, you will demonstrate whether or not your organization is worth a significant philanthropic investment. Or, as Gary V. suggests, the gift should go to the organization around the corner.

I don’t mean to seem harsh but I do mean this as a wakeup call. This is not the effort of one person. This is a collective, organizational shift towards showing the world that you are worth the time, energy and/or money they can offer you. This is also the difference between those who struggle for support and those who can achieve the goals they set out for themselves.