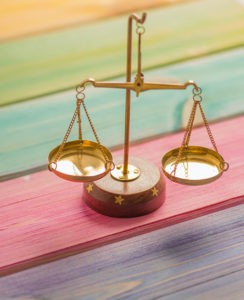 We are often asked, which is more important – participation or the total amount raised before we “go public” in our capital campaign? This is not surprising – no organization would want to take on a large-scale project without the support of the community. But, no new building or renovations could come to fruition unless the financial support of the community is in hand.

I think it is a question akin to the chicken or the egg.

At Mersky, Jaffe & Associates we have counseled many clients about the 80/20 or now often the 90/10 rule. Yes, 90% of the donations to a capital campaign may come from 10% of donors. However, we also add that the campaign would be a failure if you only raised money from a small percentage of your community. The idea of a capital campaign is not to ensure that the wealthy members and major donors choose the future for the organization. It is simply that their meaningful gifts, thanks to their income, assets, family money or other factors allow them to make the financially impactful gifts that help put shovels in the ground.

High participation level from the community shows that the capital campaign plan is one that the entire community supports.

Major donors often ask if there is 100% participation by the board of trustees or the participation rate for members or alumni. Even if these prospective funders are not intimate with the beneficiaries of the building – they know they can equate high participation with excitement about the plans. Without the board participation – you may lose donors whose gifts will make the dream a reality.

The financial support of major donors signals that they think the capital campaign is the correct path for the community. And, that they are willing to put there money where their proverbial mouths are. 48% participation rate is great. But, without major donors, it would not allow you to move forward.  You need funds to hire the architect and builder, secure additional financing and bridge loans, or have confidence that the project could be completed.

In addition, most organizations don’t even announce their campaign or “go public” until a certain percentage of the fundraising goal has been reached – usually 60-70%. For a $13 million dollar campaign, that is somewhere in the $8-9 million dollar range. But even if you could raise that $9 million from 3 donors – what does that say about your organizational priorities? Does anyone else get to have a say?

However, just like the chicken and the egg – timing matters. Early on, dollars reign. It is essential to get to the public phase to give confidence that this campaign will move forward and succeed. But once public – participation should be just as important.