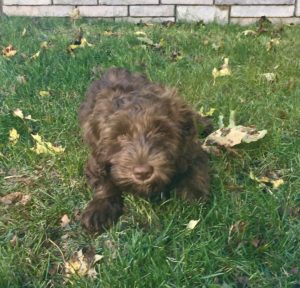 My family recently got a puppy. Training her, as we have been told, is actually an exercise in training the people in the family. Interestingly, one of my daughters has no assertiveness when she is around the dog (that is not true of her in other situations). She says “come” in a soft sweet tone hoping the dog will respond to her being nice. Nonprofit leaders, often, try the same approach. And they both have the same effect.

People will listen and do what is asked if they feel like it in the moment.

Whether you are trying to keep a board meeting on track or asking someone for a donation, assertiveness will often be the key to success. Please note that I am not encouraging aggressive behavior, just assertiveness.

How would assertiveness training work in a nonprofit setting?

People, and dogs, respond to the person who is in charge. It is hard to find the balance between being nice and being firm (some would say it is even harder for a female), but for the sake of a nonprofit boards’ efficacy, it is worth the effort.

Not sure you can do it? Imagine someone who you consider assertive whom you would like to emulate. Then, when you know you have to step up your game, consider what they would say in the situation.

Why does this matter?

People step off nonprofit boards when they feel that their time is being wasted. Do a quick vote at your next meeting by a show of hands. Ask which is more important – to end on-time or to have every member have a chance to state their opinion on each and every topic. Most people will choose the former, until they are told they cannot speak on a topic in the moment. An assertive leader will offer to continue the conversation at an alternate time whether that is on a conference call, at a breakout meeting before the next meeting or on a new date and time.

For many, the idea of asking a peer for money is outside their comfort zone. Assertiveness will give you the confidence to ask directly. One way to go about this is to say, “would you consider joining me in making a meaningful contribution to Organization ABC. We would like you to consider a gift of $XX,XXX.” Then, the trick is to remain silent, waiting for a response. That silence is actually an assertive skill that is hard to master. You are controlling the situation by requiring a response from the prospect. Assertiveness does not include statements like, “I know this is a lot to ask for,” “That number is just a suggestion,” or “or whatever you think is a nice gift.”

Yes, solicitors unintentionally provide prospects with excuses not to give or give less.

The good news is that assertiveness can be learned and the application of it is easy. Start training yourself and your committee and you will see the results. But, remember that you have to stay strong in tough situations, because that is exactly when assertiveness is needed most.