A guest post by Sarah Tedesco, Executive Vice President of DonorSearch, a prospect research and wealth screening company that focuses on proven philanthropy.

Let’s open here with a quote from a recent post on this very blog.

In speaking about increasing the likelihood that a prospect will say yes to your ask, Abigail Harmon writes, “You can certainly improve your chances of success by making the right ask at the right time in the right way for the right amount.”

And, she couldn’t be more right!

Look, we all know that there are no guarantees in fundraising. But we also know that preparedness and proper execution of time-tested fundraising strategies can go a long way towards helping your odds with major gift prospects.

When it comes to major gifts, one of the best tools in a development office’s toolkit is prospect research.

Specifically, your nonprofit can leverage prospect research to highlight key traits about a giving candidate. And, those traits will help indicate whether a prospect is more or less likely to donate a major gift.

This article is going to explore four of those traits. That list includes:

Let’s walk through the benefits of understanding each detail. 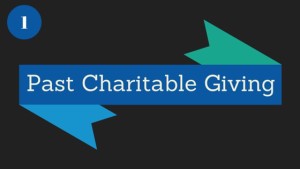 Wealth is obviously an incredibly important factor in determining someone’s ability to give a major gift, but it is not necessarily the deciding factor.

In fact, you could very easily have a prospect on your hands who has the money to donate a substantial gift but lacks the drive to do so.

With that possibility in mind, the importance of considering past charitable giving comes into focus.

We can examine charitable giving according to two tiers:

Tier 1: Giving to your organization

When researching major gift prospects according to the first tier, analyze their RFM scores.

Rank major gift prospects according to their RFM scores and have your major gift officers map out their plans accordingly.

Tier 2: Giving to other organizations

This tier is second only to past giving to your organization in terms of its predictive abilities. Donors who fall into this tier and fit the right wealth profile are often ideal candidates for major giving.

Especially in terms of major gift level donations, the predictive merit is backed easily by data:

If you can use your screenings to find candidates who meet at the intersection of a strong history of charitable giving and a demonstrated ability and willingness to make large donations, your major gift program will be in a great place. 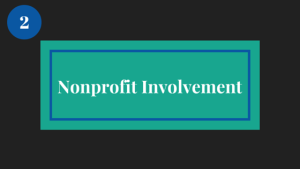 When looking for major gift prospects, you’ll want to zero in on those who have a proven interest in philanthropic work, even outside directly donating. That’s where nonprofit involvement comes in.

Nonprofit involvement is a relatively broad category, but in terms of major gifts, you’ll be looking for donors who have:

Essentially, you’ll be looking for candidates who clearly have a vested interest in nonprofit work and understand the significance of a major gift.

Take, for example, the first trait on that list, “served on the board of another nonprofit.”

Passionate board members are deeply connected to service.

They give both financial support and thoughtful counsel to the organizations they serve. That is the kind of major gift prospect you want on your list!

These people have firsthand experience. Plus, once you get them on board, they’re likely to have valuable ties to other top prospects in the community. 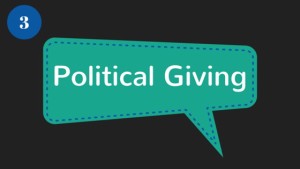 The predictive power of political giving is twofold. It serves as both a wealth and philanthropic indicator.

Wealth wise, if someone has given large political gifts in the past, it’s likely that they’re capable of giving gifts of equal or greater size to nonprofits and other fundraising organizations.

Philanthropy-wise, political giving speaks to a prospect’s willingness to be moved to action.

Political donors see a campaign or cause that they support and take fiscal action to demonstrate such support.

Just as with past giving, the evidence is in the data:

If your marketing and messaging can encourage the kind of impassioned advocacy at the root of political giving, your program will be in good shape. 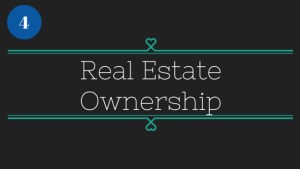 Of the four items on this list, real estate ownership is most directly related to wealth analysis.

From a practical standpoint, if your major gift officer can compile an accurate estimate of a prospect’s real estate holdings, you should be able to make a prediction of their giving capacity.

First, you’ll want to use outside research to ascertain the average percentage of a person’s wealth that real estate accounts for. Then, you’ll use that percentage and the total dollar amount of the prospect’s real estate holdings to calculate estimated total wealth.

While real estate can clearly signify wealth, we’ve found that, much like political giving, real estate ownership correlates to an increased likelihood that someone will give philanthropically.

For instance, owning real estate ranging from $750,000 to $1,000,000 doubles the likelihood that a person will make a philanthropic donation.

The philanthropic correlation only gets stronger the greater a prospect’s real estate holdings are in value.

Ensure that your team capitalizes on this dual benefit and uses the predictive capacities of real estate ownership to the fullest.

There’s no one data point that will tell you everything you need to know about a prospect. No magic button you can press and reveal all your major donors.

However, if you have a solid sense for what donor details statistically indicate an increased likelihood of giving, you’ll be headed in the right direction.

On average, 88% of the dollars that a nonprofit raises come from 12% of that nonprofit’s donors. That 12%? Your major donors.

If you want to see your fundraising totals climb, you should look into expanding your efforts. And focusing on the identification stage is a good place to start! Lean on prospect research in those early stages.